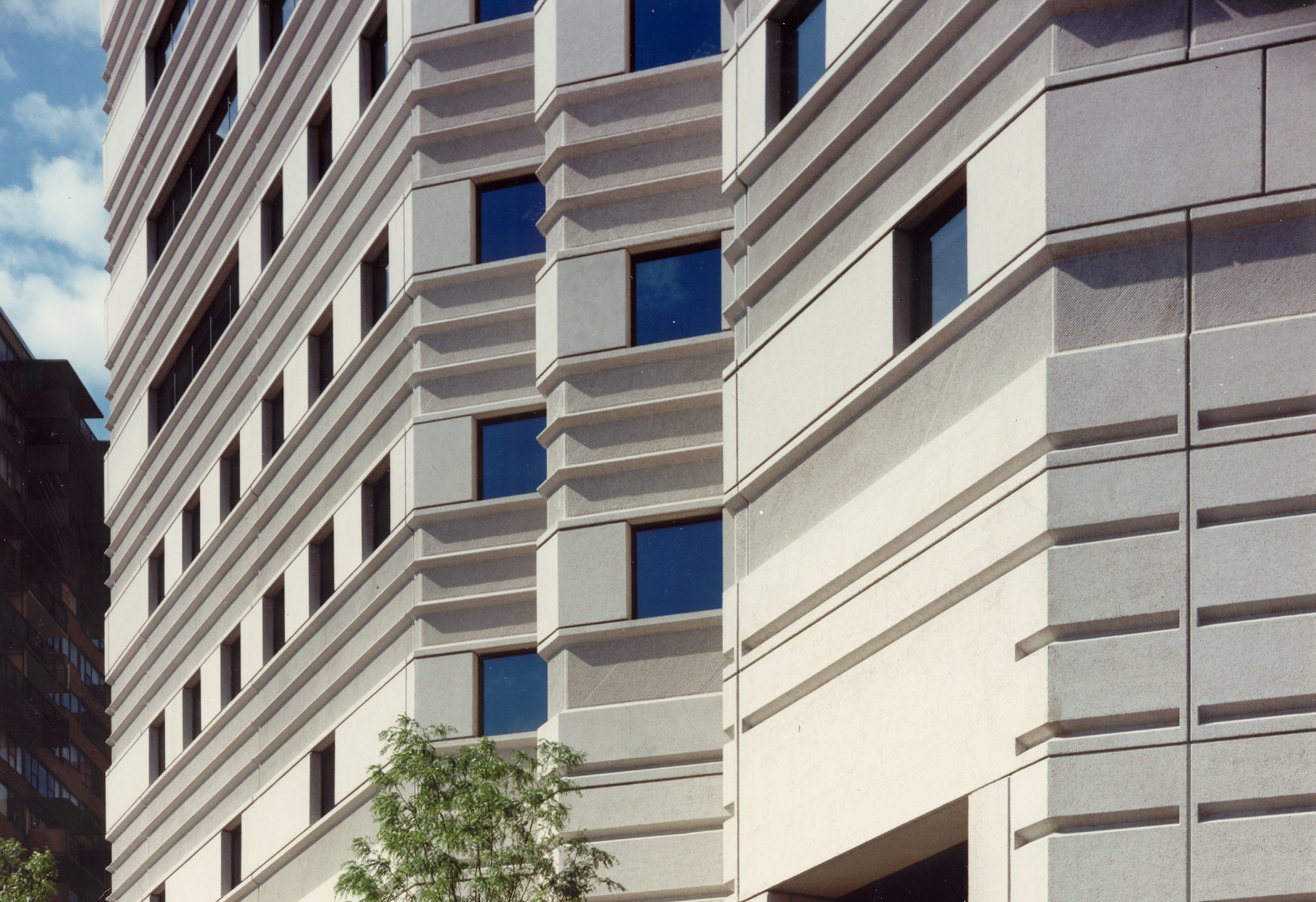 Special care was taken to articulate the building masses in order to moderate the scale between them and surrounding residential and commercial buildings. Frequency and form of windows relate to views, which include the New York City skyline, and interior functions. A strongly articulated pre-cast concrete panel system clads both office building and garage.

The attached five level parking structure appears to be a visual extension of the lower floors of the tower. A particular challenge for one elevation of the parking structure was to relate to the scale, texture and materials of existing buildings on the opposite Street. A brick facade of varying colors at the new street-level shops reinforces the existing context and creates a gradual transition from old to new.